In early April 2021, Wix, the drag-and-drop website building company, launched a strange advertising campaign targeted explicitly at their competitor, WordPress. The backlash was ugly. Before I get into this post, I have a couple of disclosures:

Wix sent prominent WordPress influencers and developers some cool headphones with a message (QR code) directing them to the smear campaign videos for this marketing stunt. However, these WordPress fans weren’t impressed by the gift and even took to their preferred social platform to disparage Wix. Here’s a comment left on one of the videos:

Wow… this is a low blow Wix. You’re a pretty evil company. What’s funnier is everything people build into a Wix website can not be exported… so you “trap” unknowing users into using your service.

To be honest, WordPress is the 800-lb gorilla in the room when it comes to website building and hosting. WordPress has been the industry leader for a long time for websites that use a content management system (CMS). In percentage of market share, Wix typically comes in at #4 or 5. Of course, they could compete for the small portion of the market that Squarespace or Weebly have, but why not go after the big guys and put yourself on their level?

What the Data Shows 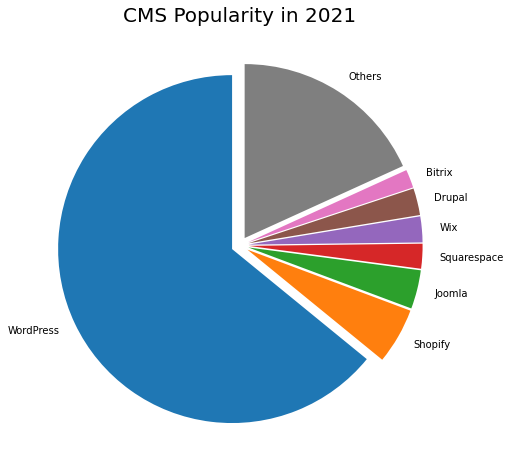 Beyond WordPress simply being the longstanding dominant player in the industry, Wix has had a bone to pick with them specifically. In 2016, Wix launched its new mobile app. The founder of WordPress, Matt Mullenweg, was curious, so he downloaded it and started playing around with it. Soon into this exploration, he noticed a lot of similarities to the WordPress mobile app. After further examination, he concluded that it was indeed the WordPress code and that Wix has blatantly stolen it. He called this out in an open letter to Wix on his personal website.

To clarify, WordPress is an open-source platform, meaning the code it runs on is open to the public. Wix didn’t covertly sneak in anywhere under cover of night to take the code. However, one might analogize this to someone borrowing books from a free public library and charging others to rent those books from them. Is it smart or underhanded? I’ll let you make up your own mind on that one. Either way, this interaction has assuredly pitted the two website platforms against each other. 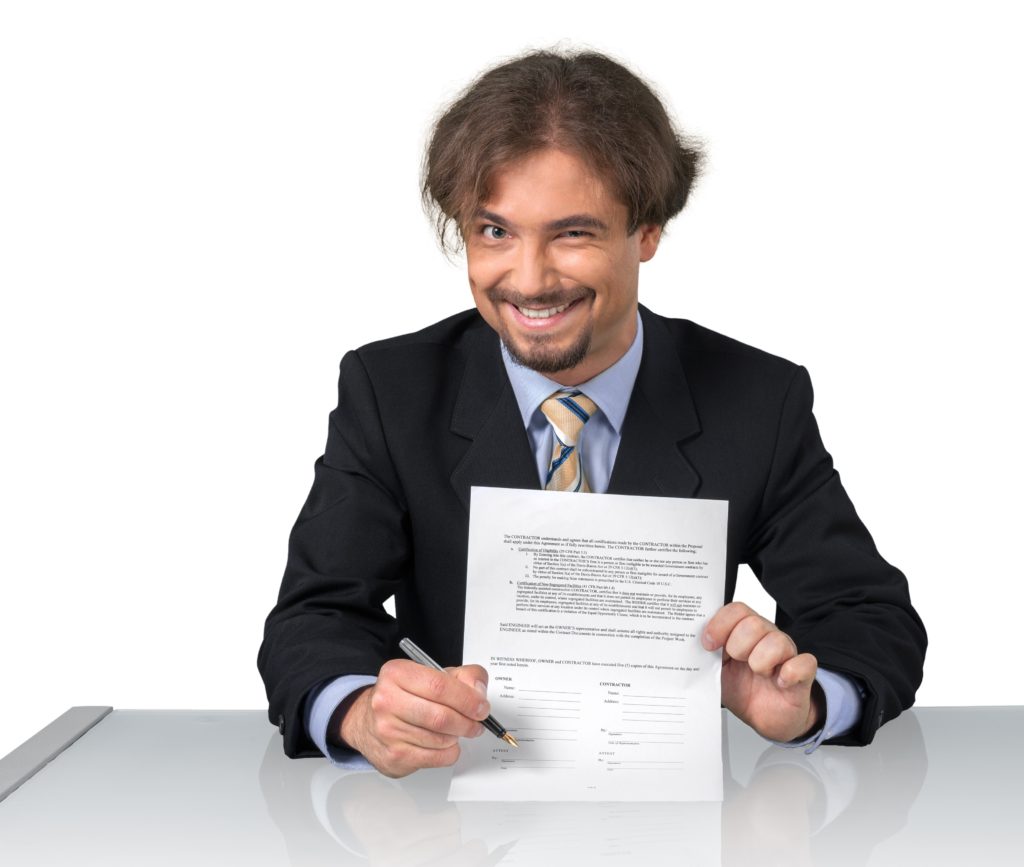 This campaign really could have been a great underdog story (and who doesn’t love one of those?). However, in any good underdog story, the hero doesn’t typically go around badmouthing their opponent. Instead, they focus on doubling down on their strengths and preparing to encounter their opponent’s vulnerabilities. I’m no Mr. Miyagi, but I think there’s a “Wix on, Wix off” joke here somewhere…

The marketing campaign was a bold move but did not pay off. I believe that is in large part due to WordPress’s loyal fanbase. By focusing on building community over the years, maintaining an open-source structure, and being small business and customer-centric, WordPress fans are often faithful advocates. It has been growing this supportive community of web developers for many years. Even when newcomers break into the industry, it isn’t easy to convert customers who love the product and the community and support.

A great community and helpful support are exactly the kinds of ‘stickiness’ the world needs. Looking back at the past ten years for CMS popularity, it’s clear that many people love WordPress enough to stick with it. 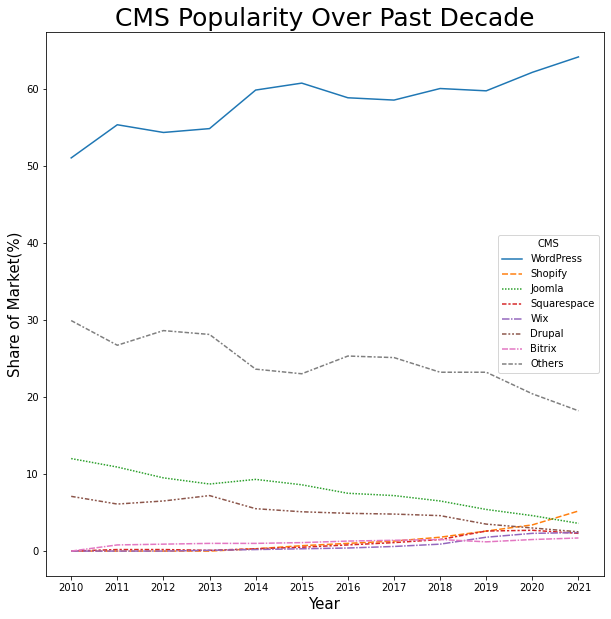 There’s No Such Thing as Bad Marketing

Just kidding. Bad marketing exists, and it happens all the time. Brands will often take up one side of a controversial cause as a marketing effort. They may lose customers from one side of the argument, but they’ve sealed the loyalty from the other side. You can bet they’ve done their homework and have strategically sided with the party that contains the more lucrative market for them. This concept has me asking, “What if the Wix marketing team had put their energy and resources into something else?” It could’ve been great (like their previous marketing and advertisements), but instead, they’ll probably be recovering for a while. I think it comes back to what we all learned in kindergarten: if you can’t say anything nice, don’t say anything at all.

Curious about how we think WordPress and Wix stack up against each other and some of the other major players in the CMS industry? Check out how we rated them here. 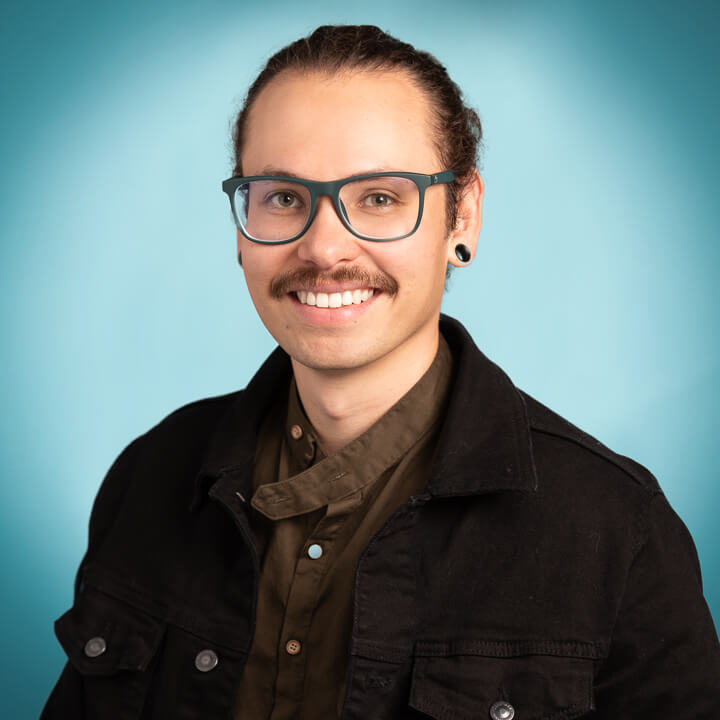 Tom Snyder is a business-minded writer creating compelling content that helps business owners understand the digital side of their business and engage with their audience. Constantly intrigued by learning new things, he is fascinated with tech, business, and sci-fi. In his spare time, you can find Tom building his own business (coffee roasting) or making music.

Tom Snyder is a business-minded writer creating compelling content that helps business owners understand the digital side of their business and engage with their audience. Constantly intrigued by learning new things, he is fascinated with tech, business, and sci-fi. In his spare time, you can find Tom building his own business (coffee roasting) or making music.