Brand Management; Or, Why Do We All Care So Much About the Royal Wedding?

You are here: Home / Blog / Brand Management; Or, Why Do We All Care So Much About the Royal Wedding?

The British Royal Family: Brand Management of the Millennia

You’ve probably heard something about Prince Harry and Megan Markle recently. Most notably, that they got hitched, in a massive ceremony that cost 45 million USD and was viewed by over 29 million people total. And this wasn’t just because it was on when the football game usually is—this was at 4:00am in America. I wouldn’t get up that early for my own wedding, let alone anyone else’s, yet at least eleven million Americans did just that. And on a Saturday no less.

Why? We’re all Americans over here, loud and messy with no concept of royalty. We have bald eagles and fried chicken, not etiquette and salad forks. Megan Markle is an American and a former actress, so perhaps that accounts for some of the interest—but the last royal wedding also garnered millions of views. With this in mind, the question remains.

Why do so many Americans feel so invested in the royal wedding? The answer may surprise you…

Brand Management! The Royal Family has been adept at brand management for centuries. They’ve told you a story about who they are and why you should care about them, in a way that brings everyone back for more. It’s a compelling story, with highs and lows, tragedy and triumph, complete with appearances by James Bond, the Queen of England herself, and wedding after over-the-top wedding. I would think that the pageantry would get old after a while, but we’re all still very invested in the cost of the gown and who gets invited all the way across the pond, time after time after time. There’s a reason the Royal Family is the world’s most watched family, and if you want more exposure, it might be time to take notes.

So, let’s talk about the royal brand. It has a specific voice, it has uniform content, and it has a unique personality.

The first staple of the royal brand is projecting a specific voice. The royal family intentionally projects effortless-looking grace and poise with everything they do. Prince George and the other royal children are taught literally from birth how to wave properly and to conduct themselves in front of the cameras. Strict royal dress rules, like the fact that no royal is allowed to be seen in casual clothing, contribute to this illusion. This perpetual public performance allows us, the viewers, to think of a very specific aesthetic when we think of the royal family.

With a small business, you can employ a similar tactic. What are the things you want people to remember about you? What are the top 5 words you would use to describe yourself and what you do? How can you be more specific about what you’re selling?

Next up, let’s consider the uniformity we can observe across the content that involves the royal family. Similarly to the idea of having a specific voice, when you curate your content to be uniform in nature, your customer base has a clearer idea of what product you offer and exactly what it is you can do for them. For the royals, this takes the shape of having uniform headers across all the royal pages and adhering, again, to very specific list of rules for behavior and dress as a royal. The content is uniform because many of these rules have been in place for centuries, like the order in which the royal family may enter a room.

Possibly one of the most important parts of focusing your content is making sure that you don’t lose the voice that made you unique in the first place. Even with all those rules, the royal family still gets their own personalities across in various ways. They may not be allowed to have political opinions, but Kate Middleton remains a fashion icon (a great example of influencer marketing), Prince Harry notorious for his rebellious youth, and the Queen instantly recognizable by her neon outfits. They’re classy, they’re fashionable, their children make adorable Instagram posts: they’re the Royal Family.

With a small business, we ask the questions: who are you? What’s the unique thing that you are you known for? How do you want people to remember you? How can you stand out?

Brand management matters, and the British Royal family has been practicing for centuries. They’ve told us a story, time and time again. From the popularity of Princess Diana to every fairytale wedding that captures a little girl’s imagination, it’s a carefully curated story performed every day by the royal family. On May 19th, 2018, 29 million people tuned in to watch the latest episode. Is their brand management successful? There’s no question about it.

Now we can’t guarantee you an invitation to the next royal wedding by following their example, but we do think branding is really important for anyone looking to build a following and spread their image. With a specific voice, uniform content, and a unique personality, you can build your unique image and tell your story to the world. 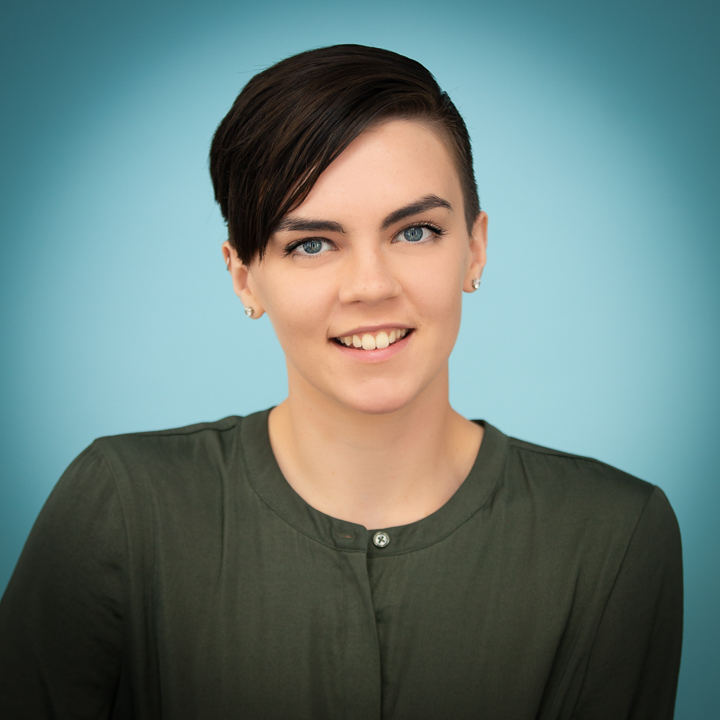 Abigail is a writer and editor creating engaging, narrative-driven content for clients in the legal services, finance, and SaaS industries. She appreciates the smaller and scalier things in life, like snakes and snails, and will always want to pet your cat.